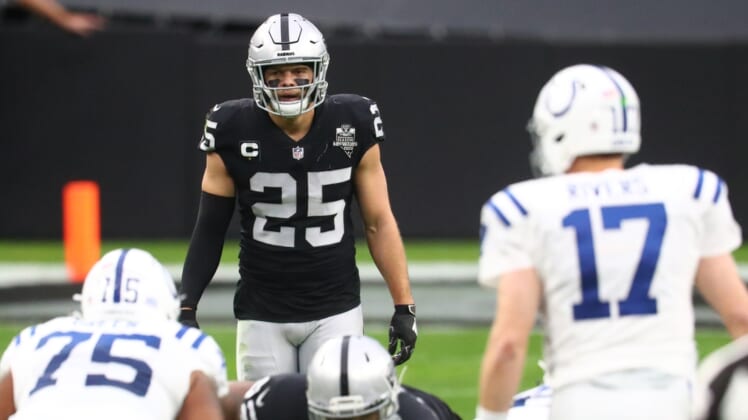 Harris racked up 184 tackles, 20 passes defensed and five interceptions — including two for touchdowns in 2019 — the past three seasons with the Raiders. Harris, who turns 31 next month, started 26 games the past two seasons.