Atlanta Falcons could stick with Matt Ryan beyond 2021 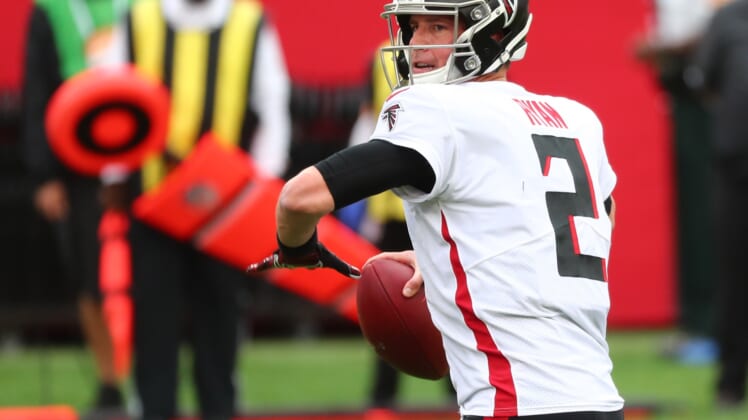 The Atlanta Falcons had a chance to draft their quarterback of the future with the No. 4 pick, but instead chose to strengthen the offense surrounding Matt Ryan. With a new regime in charge, Ryan might be staying with the franchise even longer.

Facing one of the worst salary-cap crunches in the NFL, Atlanta needed to restructure many of its contracts this spring. Ryan was among the first to do so, converting $21 million of his base salary into a signing bonus and significantly reducing his cap hit.

The move offered immediate financial help for a franchise that needed it, but the Falcons knew they would have to pay for it later. Ultimately, it might have even played a role in the organization’s decision to draft Kyle Pitts over Georgia native Justin Fields. 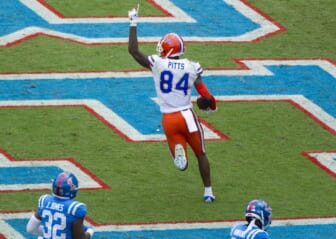 “He has told multiple people close to him, in and around the Falcons, that he feels he has several good years left, that he can still play at a high level. So, the Falcons did extensive homework on Trey Lance and the other quarterbacks that they considered with the fourth overall pick. But they believe, and they’re totally comfortable rolling with Matt Ryan for this year, possibly longer. They feel they have weapons, Kyle Pitts now, a quarterback-friendly system with new coach Arthur Smith and it should be an improved defense. So, this is a team they feel they’ll be on the rise and Ryan will be better positioned to have more success.”

While former general manager Thomas Dimitroff made plenty of good moves during his tenure, many of the contract extensions he awarded to players are now hurting the franchise. The Falcons currently have less than $1 million in cap space, not even enough to sign their 2021 draft class.

It’s why Atlanta is seriously exploring a Julio Jones trade. Dealing the All-Pro receiver, who is beloved in the community, after June 1 is the best way to create breathing room. But even if a blockbuster move is made, new GM Terry Fontenot will still be building a team with very little wiggle room financially.

Even with the NFL salary cap climbing back up in 2022, potentially over $200 million, the Falcons may only have $20 million in cap space. For a team with needs all across their defense, that doesn’t give the front office a ton of money to spend in free agency and Ryan’s contract doesn’t make things any easier.

Ryan will carry a $48.662 million cap number in 2022, one of the highest marks in the NFL. The Falcons could trade him next spring, but that would still leave a $40 million charge on their cap sheet.

Atlanta’s offense is underrated and there’s a strong likelihood that Ryan puts up quality stats next season. If he fits into Arthur Smith’s scheme, given the money owed, Atlanta’s only real option might be keeping him as the starter in 2022.