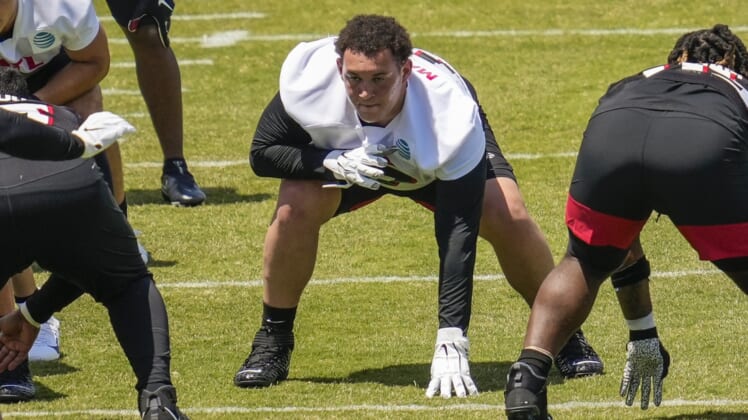 The Falcons have yet to sign top draftee Kyle Pitts, the No. 4 overall selection and tight end out of Florida.

Mayfield, the 68th overall pick in the third round, played three seasons at Michigan, allowing only two sacks in 18 games.

Taken 148th overall (fifth round), Graham played in 48 career games at Texas, with nine starts and seven tackles for loss in 2020.

Ojundeji, a Notre Dame product, appeared in 43 games and earned captain’s honors and a Reese’s Senior Bowl invitation in 2020.

Boise State produced Williams, who was a four-year corner and return specialist for the Broncos. He totaled nine total touchdowns on returns in his career.

Darby played at Arizona State, notching 67 receptions for 1,317 yards and 13 touchdowns for his career.