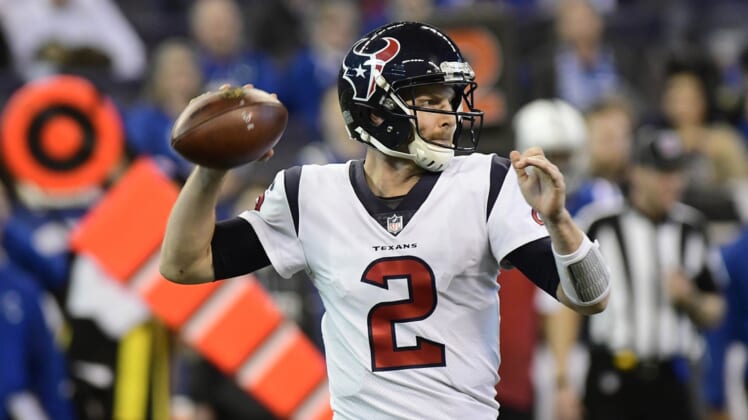 Yates was a fifth-round pick by the Houston Texans in 2011 and spent the 2014 season as a backup with the Falcons.