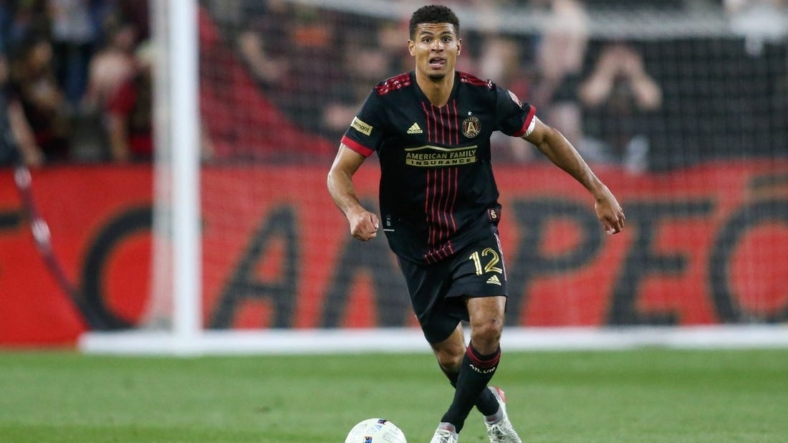 Miles Robinson, a defender for Atlanta United and U.S. national team, was arrested on a count of misdemeanor theft at an Atlanta-area bar on Saturday, according to multiple media reports.

Robinson, per a report by the Cobb County Police Department, refused to pay for a $5 shot at PBR Atlanta, a bar at The Battery Atlanta outside of the Atlanta Braves’ ballpark. The report said Robinson accused the bartender of being racist in the interaction.

Robinson was released on a $150 bond, according to reports.

Robinson allegedly took the $5 shot off of a drink tray, and police escorted him out of the bar after management was alerted of the incident. He was also given a criminal trespassing warning by police at the scene.

The police report said Robinson replied, “All of this over five dollars, bro,” during the incident.

Atlanta United issued a statement: “We are aware of a recent misdemeanor arrest involving Miles Robinson. We are continuing to gather all information related to the incident and will not have further comment at this time.”

Robinson sustained a torn right Achilles injury on May 7 and has missed most of the MLS season. His status for the upcoming 2022 World Cup is in serious doubt.