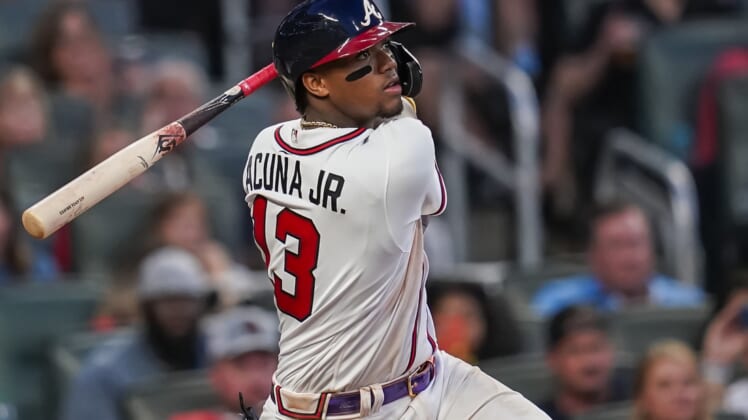 The 23-year-old Acuna entered Thursday ranked third in the National League with 22 homers. He leads the league with 63 runs scored and is tied for second with 16 steals.

Acuna smacked a 447-foot homer on Wednesday when Atlanta mauled the Mets 20-2.