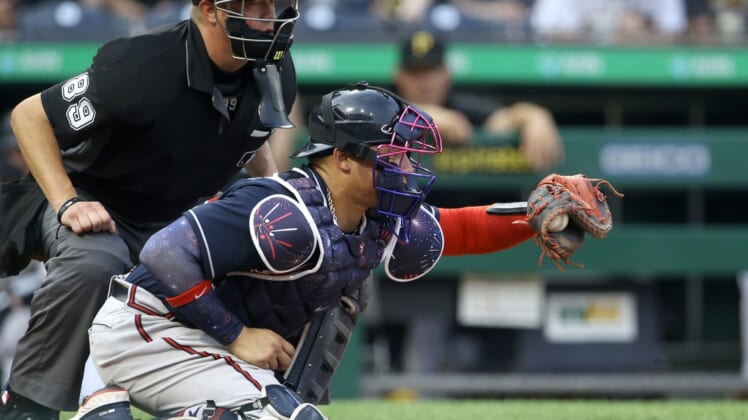 The Atlanta Braves selected the contract of Jonathan Lucroy on Wednesday after optioning fellow catcher William Contreras to Triple-A Gwinnett.

The Braves moved left-handed pitcher Grant Dayton to the 60-day injured list to make room for Lucroy on the 40-man roster.

Lucroy, 35, figures to be in the mix for at-bats with Kevan Smith.

Lucroy appeared in five games for the Washington Nationals this season before signing a minor league deal with the Braves. He was hitting .220 in 31 games at Triple-A Gwinnett. Lucroy, a two-time All-Star, is a career .274 hitter with 108 home runs.