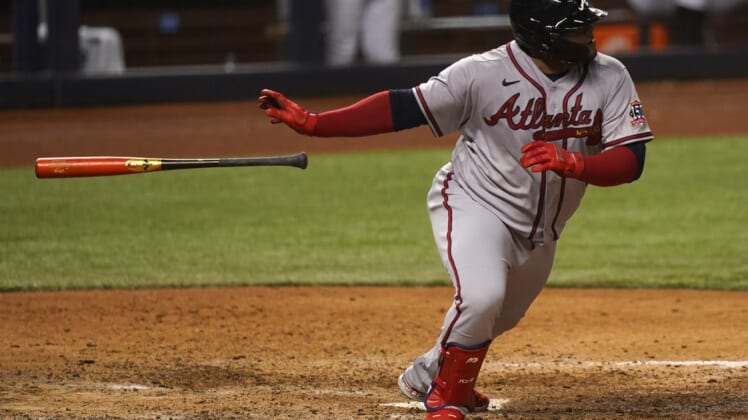 The Atlanta Braves put Pablo Sandoval on the restricted list Tuesday as the reserve infielder deals with a personal matter.

Sandoval is hitting .203 with four home runs in 64 at-bats. He has just one hit in his last 27 plate appearances. He’s appeared in 59 games, 51 of those as a pinch-hitter. He’s appeared twice at first base, once at third and six times as a designated hitter. He’s made just six starts.

The 34-year-old is a career .278 hitter with 153 home runs. The two-time All-Star is in his first full season in Atlanta after signing a minor league deal with the club last September. Sandoval was released by the San Francisco a few days earlier.