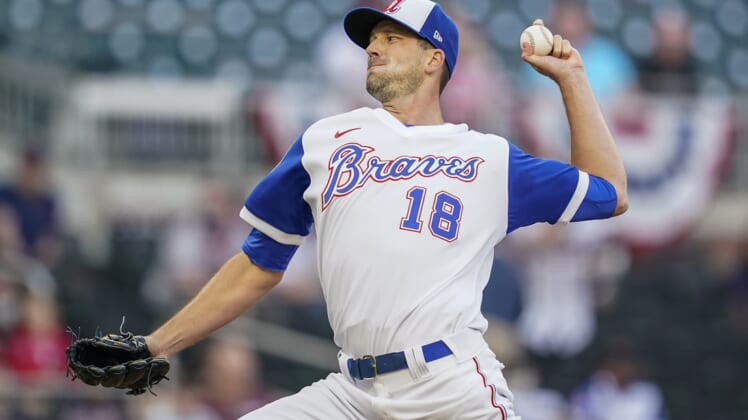 The Atlanta Braves made a pitching change prior to Friday’s afternoon game against the host Chicago Cubs.

The Braves placed left-hander Drew Smyly on the 10-day injured list with inflammation of his pitching forearm prior to his scheduled start.

Atlanta summoned right-hander Kyle Wright from the team’s alternate training site to start Friday’s game. Wright, 25, will be making his season debut after posting a 2-4 record with a 5.21 ERA in eight starts in 2020.

Smyly, 31, has yet to record a decision in two starts this season. He owns a 35-35 record with a 4.15 ERA in 190 career appearances (113 starts) with the Detroit Tigers, Tampa Bay Rays, Texas Rangers, Philadelphia Phillies, San Francisco Giants and Braves.

Camargo, 27, struck out twice and walked once in his lone at-bats this season.

Davidson, 25, allowed seven runs on three hits — including a homer — while issuing four walks in 1 2/3 innings during his lone career appearance last season.