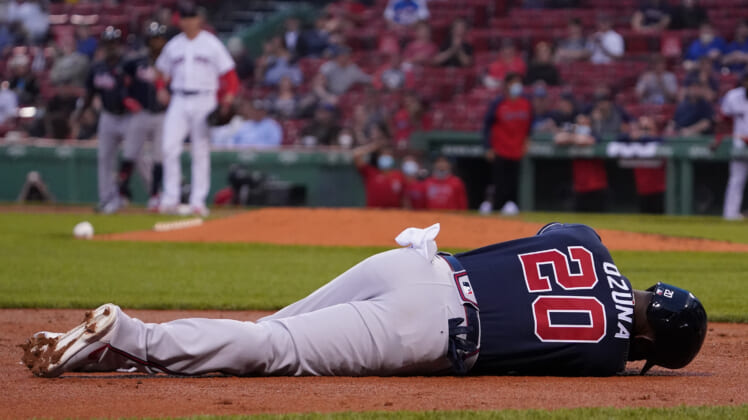 Atlanta Braves outfielder Marcell Ozuna was granted a $20,000 bond on assault charges and was expected to be released Monday from a Georgia jail.

Ozuna, 30, was arrested Saturday on charges of battery and aggravated assault by strangulation in the domestic case.

Police officers in the Atlanta suburb of Sandy Springs said they were responding to a 911 call and witnessed Ozuna grabbing his wife, Genesis, by the neck and throwing her against a wall. 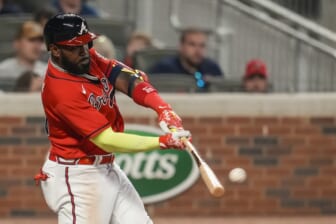 At his initial appearance Monday in Fulton County Magistrate Court, Ozuna was ordered to have no contact with his wife. In court, attorneys said the couple is in the process of a divorce.

Ozuna is currently on the injured list after breaking two fingers while sliding into a base last week. He was not with the Braves during their weekend road trip to play the Mets in New York.

The Braves re-signed Ozuna to a four-year, $65 million deal in February after the two-time All-Star batted .338 and led the National League in home runs (18) and RBIs (56) during the 2020 season. He finished sixth in the NL MVP voting.