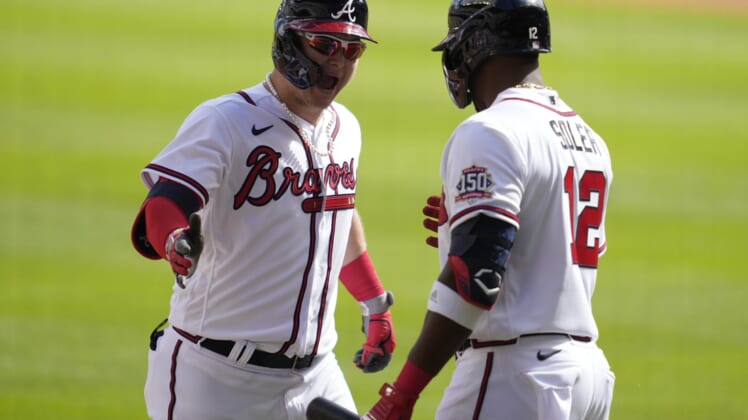 Soler, 29, will be replaced by outfielder Cristian Pache, who will stay on the active roster until Soler is approved to be reinstated from the COVID list.

The Braves enter Tuesday’s Game 4 against the Milwaukee Brewers with a 2-1 lead in their National League Division Series.

Soler was in the lineup for Game 4 and listed as the leadoff batter when the Braves announced the change Tuesday.

Guillermo Heredia was added to the lineup as the centerfielder batting eighth and shortstop Dansby Swanson was elevated to the top spot in the batting order.

Soler is batting .091 in three postseason games with a run scored. Soler is in his first postseason since winning a World Series as a member of the Chicago Cubs in 2016.