A 16th-round draft pick in 2017, Tice moved quickly through the Blue Jays’ organization, going from rookie ball to Triple-A in three seasons. He never had an ERA over 2.34 in any of his three full seasons in the Toronto system.

The Braves’ bullpen headed into a three-game home series against the Los Angeles Dodgers on Friday with a 4.79 ERA, 26th in the major leagues. 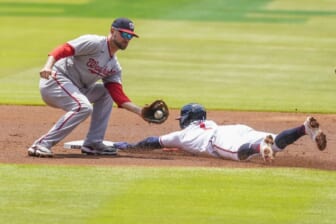