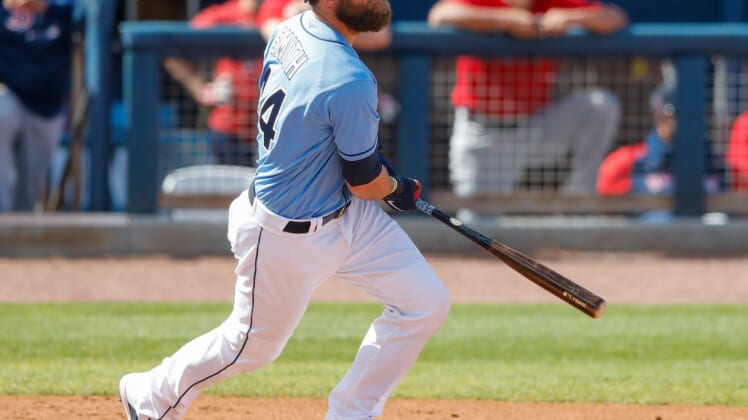 Smith, 32, will be active for Atlanta’s Wednesday night game against the New York Mets.

Mathis didn’t have a hit in nine plate appearances over three games for Atlanta. He has a .194 career average over 17 major league seasons.