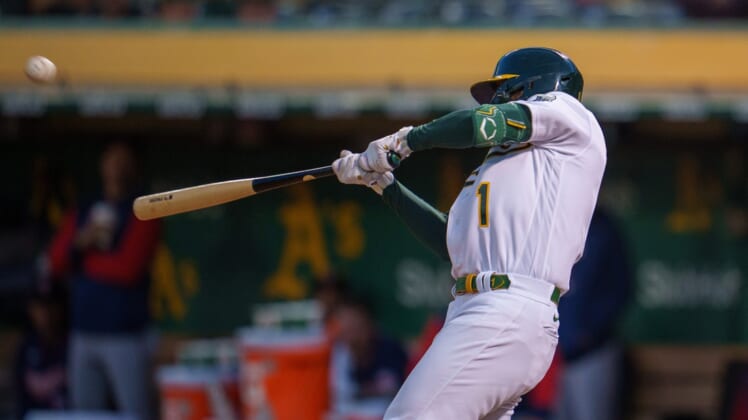 Kevin Smith belted a two-run homer and Sean Murphy had a two-run single as the Oakland Athletics snapped a three-game losing skid with a 5-2 win over the visiting Minnesota Twins on Tuesday.

Oakland, which entered the game batting .199 on the season, outhit Minnesota 11-7 and broke a 2-2 tie with three runs in the seventh against Josh Winder (2-2).

Gary Sanchez and Royce Lewis homered for the Twins, who had won their first four meetings against Oakland this season.

Winder replaced Bundy in the fourth and allowed Elvis Andrus’ one-out double before striking out Luis Barrera. Smith then snapped an 0-for-18 stretch with a two-run homer to left field.

The Twins responded in the fifth with Lewis’ leadoff homer against James Kaprielian. The rookie shortstop has hit safely in nine of his first 11 games.

Minnesota pulled even in the sixth when Sanchez homered for the second straight game, a one-out solo blast to left field.

Kaprielian allowed two runs on four hits over 5 1/3 innings. He walked one and struck out six.

Oakland moved ahead in the seventh against Winder, who began the inning by walking Jed Lowrie. After Ramon Laureano was hit by a pitch, Brown doubled in the go-ahead run, and Murphy followed with a two-run single.

Lowrie, Brown and Smith each had two hits for the Athletics, who had scored one run in each of their past three games.

Minnesota threatened with two runners on and one out in the eighth before Jimenez replaced Jackson and retired Gilberto Celestino and Lewis to end the inning.