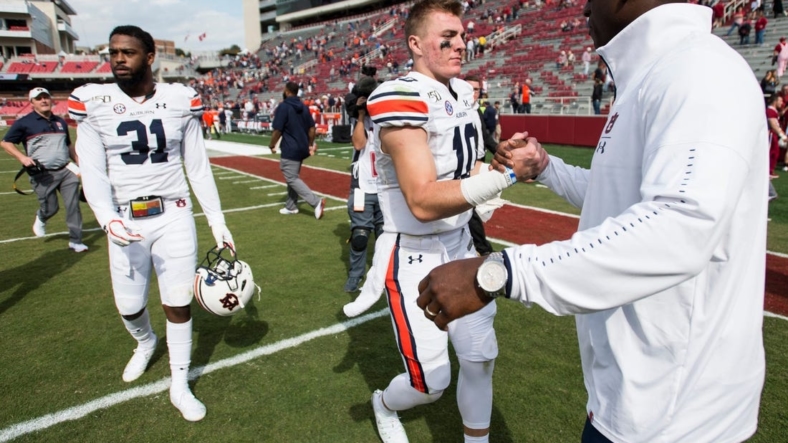 The two sides came to a deal Friday to terminate the final months of his contract, which expires in January. 247Sports reported his final day will be Wednesday, and the school’s chief operating officer, Marcy Girton, will serve on an interim basis.

Auburn issued a news release that said Greene, 44, chose to pursue other interests.

“The decision to step away from Auburn Athletics is not an easy one, but it is the right time for me to begin the next step in my professional journey,” Greene said. “I am very proud of the work that we have done together to move our athletics program forward. (Wife) Christy and I want to thank the Auburn Family for allowing us to be a part of something truly unique and I wish Auburn nothing but the best in the years ahead. I’m confident we leave Auburn Athletics stronger than when we arrived.”

Greene had asked Auburn to provide direction about his future earlier this year amid the hiring of a new campus president, but he was told no decisions would be made until the end of the football season. After that, Greene decided to seek a way out, ESPN reported.

During his time at the helm of the athletic department, Auburn reached a Final Four in men’s basketball and the College World Series. However, football coach Gus Malzahn was fired following the 2020 season, and his replacement, Bryan Harsin, is believed to be on the hot seat after a rocky 6-7 debut in 2021 and an offseason inquiry into why so many players transferred from the program.