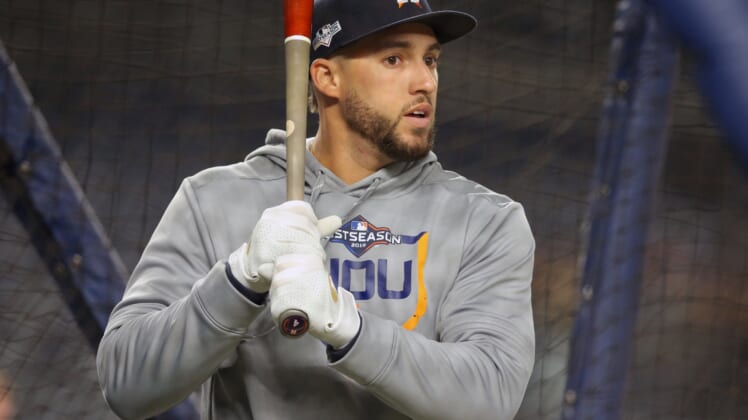 The Houston Astros just can’t catch a break during the early stages of the 2020 season. Already without multiple star players, Houston could be down one of its best hitters for a bit.

The three-time All-Star exited Thursday’s matchup against the Arizona Diamondbacks with what’s being described as a right wrist strain, per USA Today’s Bob Nightengale. While X-rays on the wrist came back negative, this is more bad news for Houston.

Justin Verlander is out for a while with an elbow injury. It was initially reported that he’d miss the remainder of the season, the reigning AL Cy Young winner has pushed back against that. Even then, he’s expected to be out for some time. Slugger and reigning AL Rookie of the Year Yordan Álvarez also remains sidelined.

It’s also looking like closer Roberto Osuna will need Tommy John Surgery after exiting a game this past weekend with an elbow injury.

Why are these injuries so significant? It’s rather simple. During a 60-game season, one loss means a whole lot more. Houston dropped Thursday’s game against Arizona to fall to 6-6 through 12 games. That’s 20% of the team’s season. It is also 2.5 games behind the Oakland Athletics in the American League West.

The backdrop here is a huge three-game set between Houston and Oakland in Northern California starting on Friday. The A’s have won six consecutive games while Houston has dropped two in a row.

If the red-hot A’s were to take this series or come away with a sweep, they would then open up a nice margin in the American League West. Springer’s injury could play a role here.