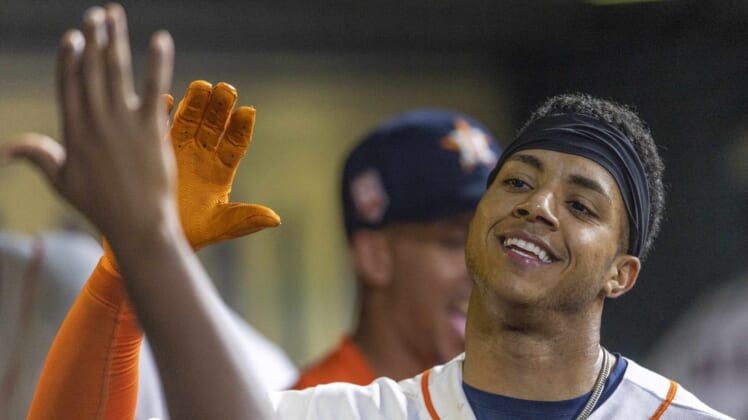 Houston Astros rookie shortstop Jeremy Pena was scratched from the lineup ahead of Thursday afternoon’s game against the visiting Kansas City Royals due to health and safety protocol.

Outfielder Aledmys Diaz was inserted in the lineup to bat second in place of Pena. Mauricio Dubon, who will bat seventh in the lineup, shuffled from left field to shortstop.

Pena, 24, is 7-for-29 with three homers and four RBIs in six games since colliding with teammate Yordan Alvarez in a game against the New York Mets on June 29.