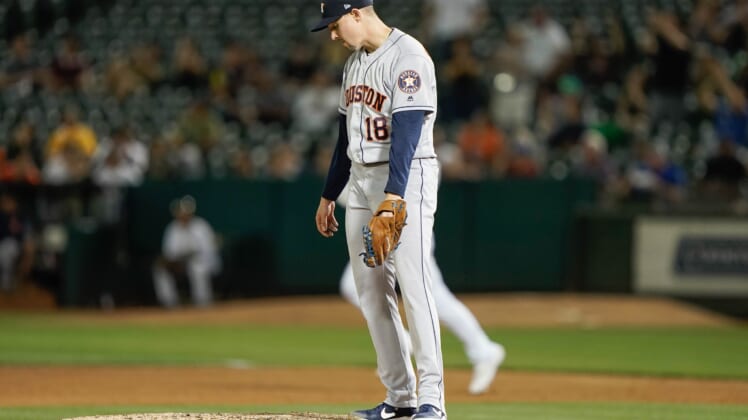 The Houston Astros suffered another blow to their rotation and pitching depth on Thursday with starting pitcher Aaron Sanchez now expected to miss the remainder of the 2019 season.

Houston’s general manager Jeff Luhnow announced Sanchez will undergo a procedure on his right shoulder next week that rules him out for the remainder of the season.

The Astros acquired Sanchez at the trade deadline with hope that their pitching coaches could tweak his mechanics and repertoire to unlock his form top form. Sanchez shined as part of a combined no-hitter in his first start, but things fell apart after that.

Sanchez finishes his 2019 campaign with a 5.89 ERA, 1.62 WHIP and 14 losses across 27 starts. He is eligible for arbitration this offseason before being a free agent in 2021. The 27-year-old’s status for the beginning of the 2020 season won’t be known until Houston provides a more detailed update on the procedure.