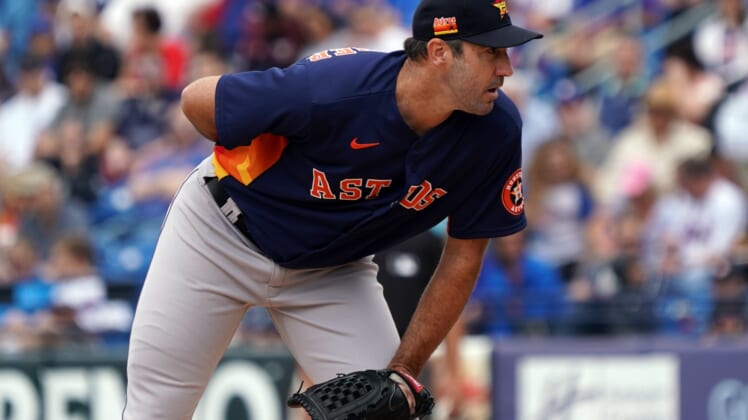 Justin Verlander, the reigning AL Cy Young Award winner, will be shut down by the Houston Astros after suffering a mild lat strain in his most recent start.

The 37-year-old lasted just two innings in his second start of the spring on Sunday, exiting with soreness. He had just returned to the mound after dealing with a groin issue earlier in the spring.

Astros general manager James Click told reporters that while the diagnosis was largely positive, the team is shutting Verlander down and he is uncertain for Opening Day.

Austin Pruitt and Josh James, who have both pitched well this spring, have been battling it out for the No. 5 spot in Houston’s rotation. If Verlander starts the 2020 season on the injured list, it will create a place for both players to step in.