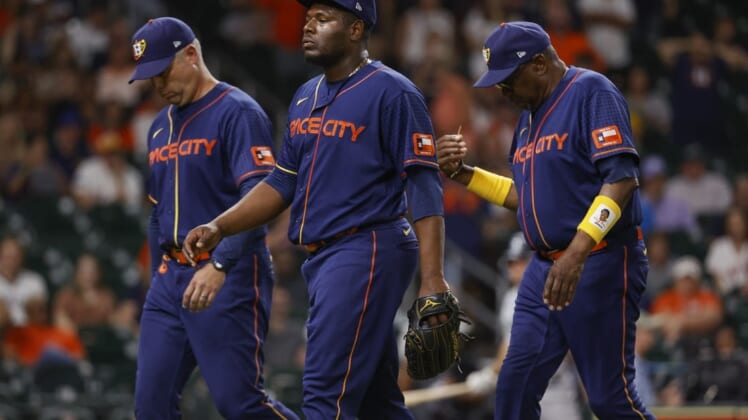 Neris initially was suspended for four games following a incident against the Seattle Mariners on June 6 but he appealed and the penalty was reduced to three games.

Neris was suspended after he intentionally threw a pitch near the head of Eugenio Suarez of the Mariners. The pitch came two batters after Neris allowed a two-run homer to Julio Rodriguez.

Earlier in the inning, Neris plunked Seattle’s Ty France in the back with the pitch.

After France was hit, Seattle manager Scott Servais left the dugout and Mariners players followed him as both benches cleared. The umpires ejected Servais and issued warnings to both teams.

Neris has a disciplinary history with the league. A similar incident occurred when he played for the Philadelphia Phillies in 2019, when he plunked David Freese of the Los Angeles Dodgers and was suspended three games.

Neris, who turned 33 on Tuesday, is in his first season in Houston after playing parts of eight seasons with Philadelphia. In 29 relief appearances this year, he is 1-3 with a 3.76 ERA.