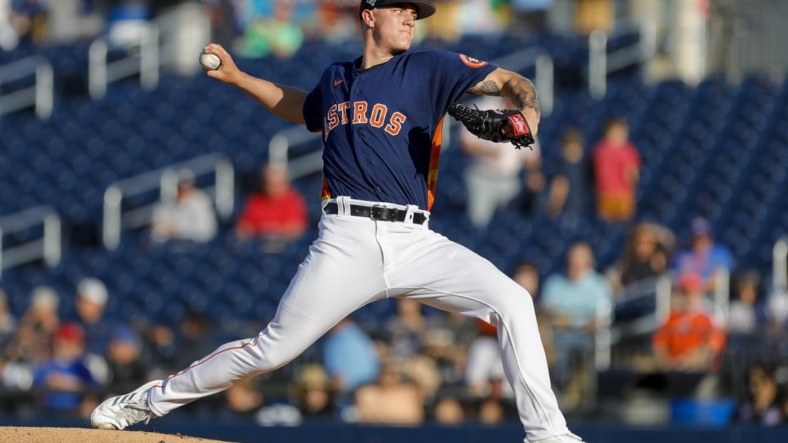 The Houston Astros on Thursday recalled right-hander Hunter Brown, their No. 1 prospect.

Brown, who turned 24 on Monday, will be available out of the bullpen for Friday’s game against the host Los Angeles Angels.

“Just happy and excited,” Brown told reporters about reaching the big leagues. “There was a lot of work, even back to high school and college, especially this year and last year in the minor leagues and stuff like that.”

Brown is projected as a starter but he could be a valuable reliever in the postseason since batters are unfamiliar with him.

“He has the stuff,” Astros manager Dusty Baker told reporters. “It’s just a matter of, ‘Can he command the strike zone?’ — which is always the question with young pitchers.”

Diaz, 23, batted .306 with 25 homers and 96 RBIs in 105 minor league games between two levels this season. He had nine homers in 57 games at Double-A Corpus Christi before slugging 16 in just 48 games for Sugar Land.