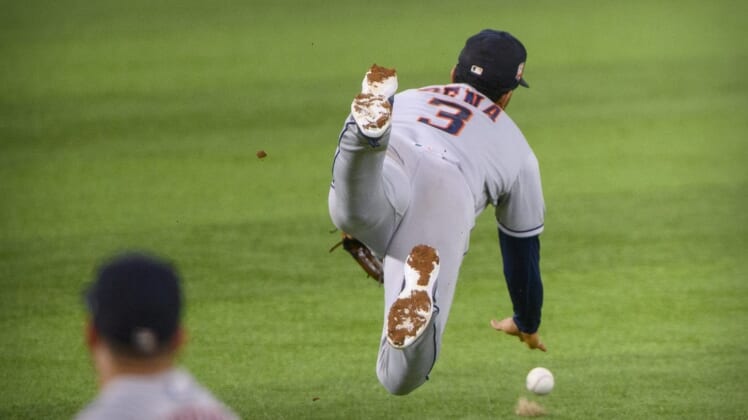 Pena sustained the injury diving to make a catch during Monday’s game against the Texas Rangers. He was held out of Tuesday’s game and returned to Houston to have his hand examined.

Matijevic, 26, is batting .313 with 12 homers at Sugar Land. He is hitless in five at bats with the Astros this season.