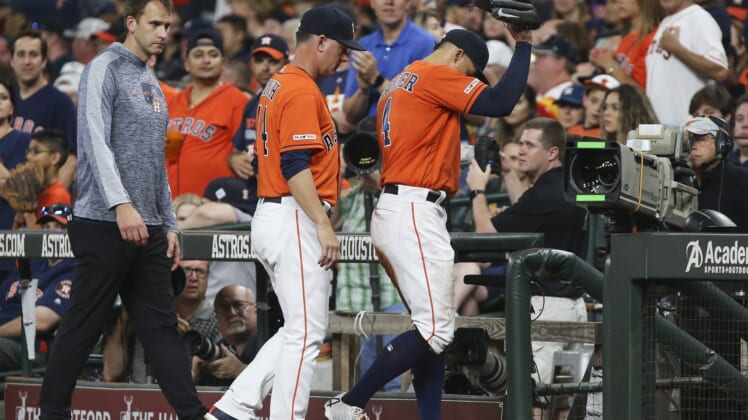 After missing four games earlier this week with lower back tightness, the Houston Astros will now be without outfielder George Springer for an even lengthier period of time.

Springer, who pulled himself from Friday’s game after injuring his hamstring on a slide, landed on the disabled list on Saturday with a strained left hamstring.

The 29-year-old’s presence in the lineup will be greatly missed, especially given he was in the midst of a breakout campaign. He led the team in home runs (17), RBI (43), OBP (.389) and OPS (1.032) this season and excelled in the leadoff spot of Houston’s lineup.

While the exact timetable for Springer’s return isn’t known, he could be sidelined for two-plus weeks depending on the severity.

Now the Astros, who are already without Jose Altuve, will be forced to push Jake Marisnick into an everyday role as their starting center fielder. The team has called up outfielder Derek Fisher to take Springer’s place on the roster.

Houston elected to bring up Fisher over top outfield prospects Kyle Tucker and Yordan Álvarez, who have combined to hit 33 home runs in Triple-A Round Rock this season.