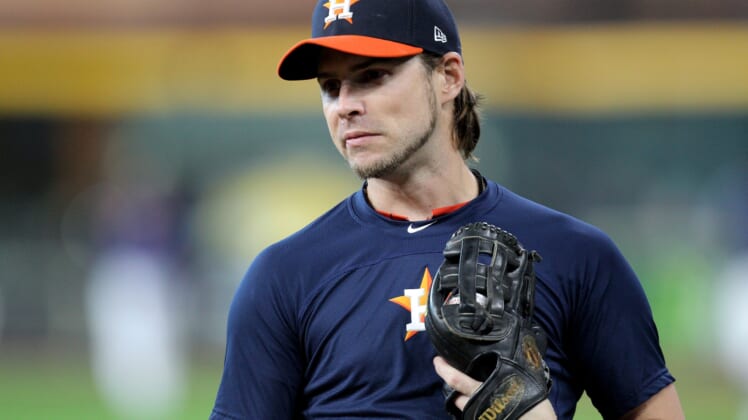 As the Houston Astros continue to deal with hatred from the baseball world for the team’s cheating scandal, Astros outfielder Josh Reddick is now sharing just how disturbingly far some baseball fans are taking their anger.

Reddick told reporters on Friday that he and his family are receiving numerous death threats on social media. In one of the most horrifying examples, he posted an Instagram video of his five-month-old daughter on Instagram and a fan responded by stating he wants Reddick’s daughter to get cancer.

The 33-year-old outfielder shared that he isn’t alone in receiving death threats, stating many of his teammates have received similar threats on their life and to their families.

It’s understandable for MLB fans to be frustrated over the Astros cheating in 2017 and 2018. It impacted both MLB seasons and hurt the future careers of several opposing players. However, this is also just a game and taking that kind of hostility to these extremes is horrific.

These are all human beings and wishing harm or death upon them is far worse than anything that happens on the diamond. Let’s hope the death threats stop and everyone can slowly return to just enjoying the wonderful game of baseball.