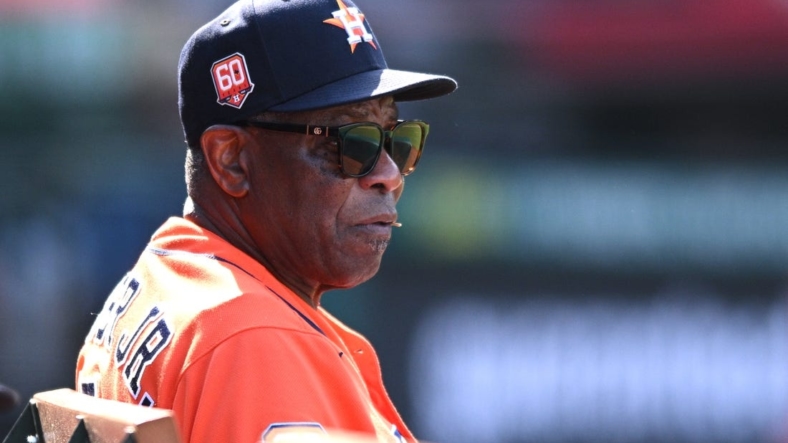 The loss of ace right-hander Justin Verlander (calf) to the injured list enabled the Houston Astros to make a dramatic turn with their top pitching prospect, 24-year-old right-hander Hunter Brown.

Brown will make his major league debut on Monday night when the Astros open a three-game home series against the Texas Rangers.

Brown was added to the big league roster last week with the intent of providing support out of the bullpen. However, Astros brass pivoted when right-hander Lance McCullers Jr. worked into the sixth inning Friday against the Los Angeles Angels and Houston needed four relievers to complete a 4-2 victory.

“We had a plan that night that (Brown) may piggyback after Lance, but when he went (5 2/3 innings) and the game was so close, we decided not to,” Astros manager Dusty Baker “(Pitching coach Josh) Miller and I talked about it and didn’t want (Brown) out too long. At the same time, we didn’t want to break up a couple of guys in the rotation. We thought it would be best for him to go Monday.”

A fifth-round draft selection by the Astros out of Wayne State in 2019, Brown went 9-4 with a 2.55 ERA and one save over 23 appearances (14 starts) with Triple-A Sugar Land this season, recording 134 strikeouts over 106 innings.

Perez will make his second consecutive start against the Astros after allowing five runs on nine hits and four walks with five strikeouts in five innings in a 5-3 loss on Wednesday.

Perez is 9-7 with a 3.35 ERA over 18 career starts against the Astros, including a 1-2 mark and a 4.50 ERA in four starts this season. He took the loss against Houston on Aug. 9, allowing seven runs on six hits and three walks with two strikeouts over five innings in a 7-5 road setback.

The Rangers suffered a 5-2 road loss to the Boston Red Sox on Sunday to extend their losing streak to eight games.

Houston leads the season with Texas this season, 12-4. After their series with the Astros, the Rangers will host the Toronto Blue Jays for three games.