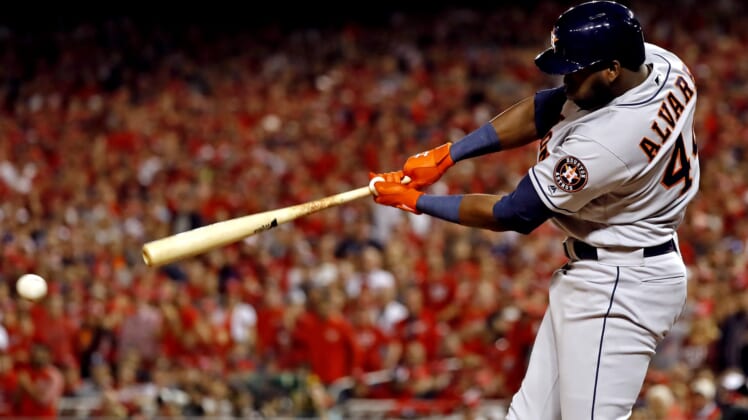 The Houston Astros head into Friday’s game against the Seattle Mariners boasting an 8-10 record through 18 games and are 4.5 games behind the Oakland Athletics in the American League West.

It has been a slow and drama-filled start to the truncated 60-game 2020 season for the reigning American League champions. Though, there seems to be some good news on this front.

Alvarez, 23, has missed what amounts to the first third or so of the 2020 campaign for unspecified reasons. Rumors continue to persist regarding his absence. Although, it could very well have been COVID-related.

The Cuban hit .313 with 27 homers, 78 RBI and a robust 1.067 OPS in his first season with the Astros. Signed by the Los Angeles Dodgers as an international free agent early in 2016, Alvarez was traded to Houston months later. He’s been on an upward trajectory since.

What Yordan Alvarez’s return means for the Astros

With only 42 games remaining, Houston’s 4.5-game deficit in the American League West is nothing to scoff at. This is especially true given that Oakland is tied with a couple other teams for the most wins in Major League Baseball.

As it relates to their lineup, the struggles have been real. Both George Springer and Jose Altuve are hitting under .190 on the season. Getting Alvarez back is going to help in this regard.