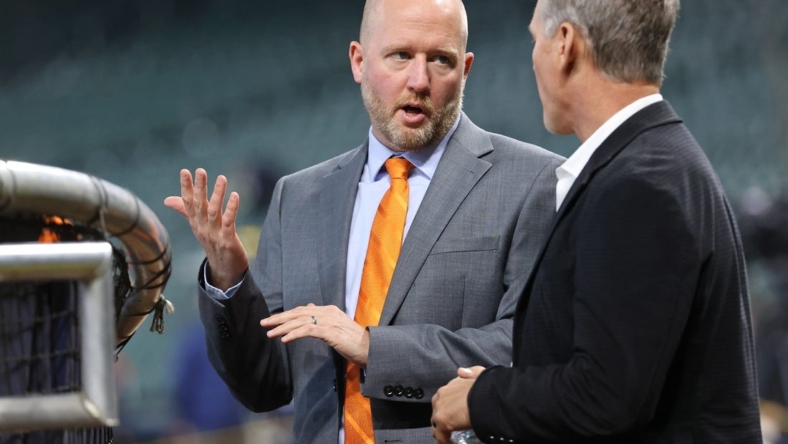 The Houston Astros have moved on from general manager James Click.

The Astros announced Friday they will not renew Click’s contract for the 2023 season. His contract had expired on Oct. 31, days before the team went on to defeat the Philadelphia Phillies in six games in the World Series.

“We are grateful for all of James’ contributions,” Astros owner and chairman Jim Crane said in a statement Friday. “We have had great success in each of his three seasons, and James has been an important part of that success. I want to personally thank him and wish him and his family well moving forward.”

The Astros said further announcements regarding the team’s baseball operations department will come at a later time.

The news comes two days after the Astros held a press conference to announce a one-year contract extension for manager Dusty Baker.

Click, 44, was hired as the Astros’ general manager in January 2020 to replace Jeff Luhnow, who was fired following revelations that the 2017 World Series-winning team engaged in a sign-stealing scheme.