Astros continue to get the treatment during spring training 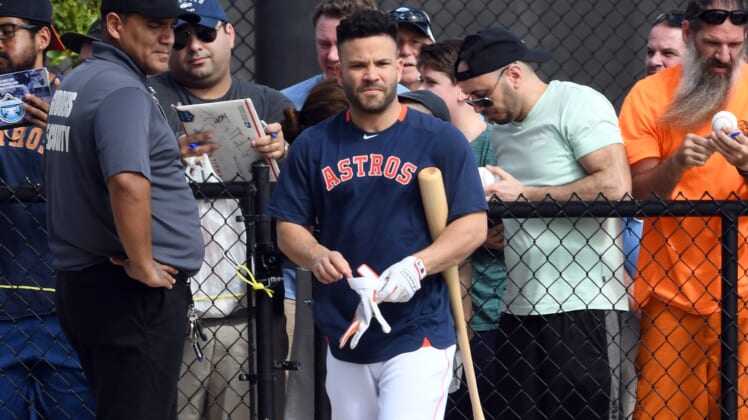 The only thing that’s going to stop the Houston Astros from being trolled at a record level this coming MLB season is the possibility that teams will have to play in empty stadiums.

We continue to see the defending AL champs rightfully receive flack during Spring Training in Florida after the entire sign-stealing scandal.

This did not stop early during Tuesday’s Grapefruit League action against another World Series contender in that of the Atlanta Braves.

There’s no other way to go about it. This is going to be a major issue for the Astros and the broader baseball world once Opening Day comes calling later this month.

We know fans are upset over their cheating scandal. We know opposing players are unhappy, too.

It will be among the most-dramatic stories of the 2020 MLB season. That’s for sure.