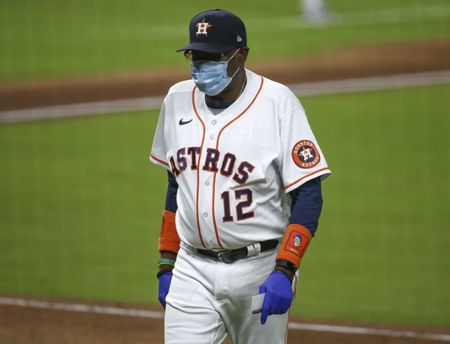 Dusty Baker will make history next week when he leads his Houston Astros into the postseason against a still-to-be-determined opponent.

Baker, 71, will be leading his fifth team in the playoffs, breaking a tie with Billy Martin and Davey Johnson at four teams.

His teams have a 23-32 postseason record, and Baker has managed in the World Series just once – in 2002 when the Giants had a 3-2 series lead on the Anaheim Angels before losing in seven games.

Three times the National League Manager of the Year, Baker played 19 seasons in the major leagues, winning the World Series in 1981 with the Los Angeles Dodgers.

The Astros hired Baker in the offseason to replace A.J. Hinch, who was fired after an MLB report showed the team had stolen signs en route to a World Series championship in 2017 as well as in the 2018 season.