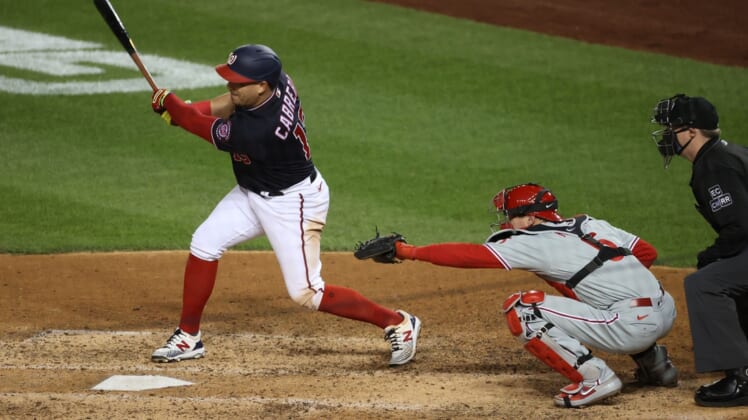 The Arizona Diamondbacks have agreed to a one-year, $1.75 million deal with veteran infielder Asdrubal Cabrera, according to multiple reports.

Cabrera, 35, played last season with the Washington Nationals where he hit .242 and smacked eight home runs in 52 games.

The veteran made two All-Star teams back in 2011 and 2012 with the Cleveland Indians, and his versatility should come in handy for the Diamondbacks.

Arizona’s own All-Star, Ketel Marte, primarily played second base for the team last year after spending most of the 2019 season in center field.

With Cabrera able to play second base, it would allow Marte to shift back into center if the team desires.