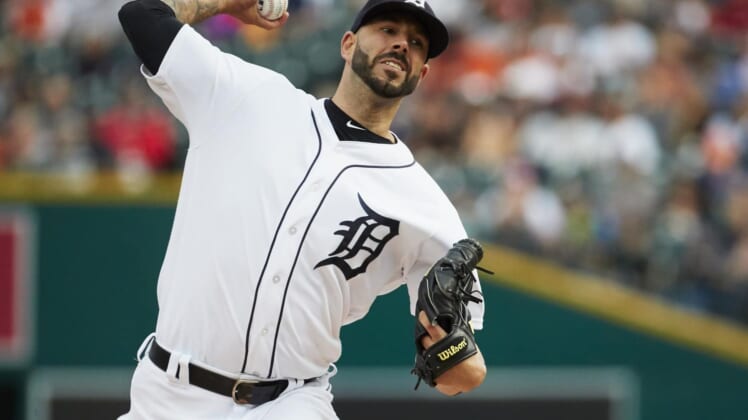 While a reported deal between the two teams fell through at the July 31 deadline, the Oakland Athletics and Detroit Tigers have come to an agreement on a deal for starting pitcher Mike Fiers.

#Athletics acquire RHP Mike Fiers from Detroit for two PTBNL or cash considerations. To clear a spot on 40-man roster, LHP Jeremy Bleich has been DFA'd.

It’s a little surprising that Fiers cleared waivers. Any American League team below Oakland in the standings could have blocked this. Given that the Seattle Mariners are battling with and currently trail the A’s for the second Wild Card spot and also need pitching, blocking this deal would have made sense.

Entering Monday’s action, Oakland trails the Houston Astros by four games in the AL West but leads the Seattle Mariners by 2.5 games in the AL wild card race. The A’s are also only 2.5 back of the New York Yankees for the No. 1 wild card spot.

Fiers will likely immediately slot into the top-half of the Oakland rotation.