A’s send out Ken Waldichuk for debut vs. Nationals 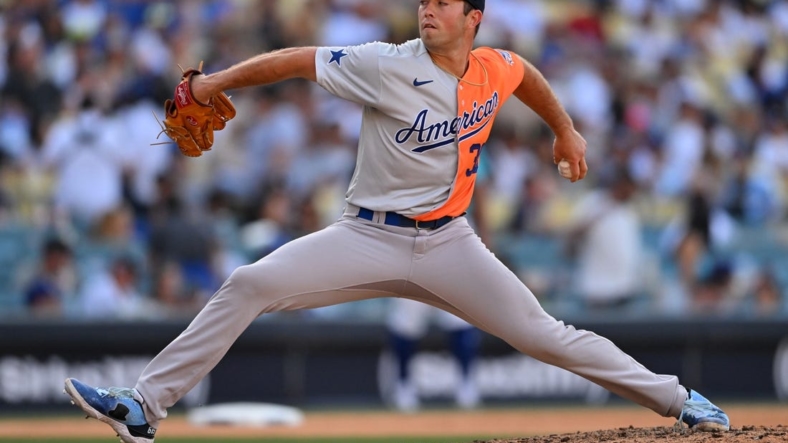 The Oakland Athletics and Washington Nationals haven’t exactly had many must-see situations come across their schedules this season.

Thursday nearly became one of those — and there’s still an interesting component.

When the teams meet to conclude their three-game series in Washington, the Athletics will send left-hander Ken Waldichuk to the mound for his first major league assignment.

The other part of the intriguing pitching matchup didn’t pan out. Nationals right-hander Cade Cavalli, who made his major league debut last week, landed on the injured list due to inflammation in his pitching shoulder.

Cavalli, who will be out for at least two weeks, and Waldichuk rank among their organization’s top prospects.

Still, Waldichuk’s appearance could be worth watching.

Waldichuk was selected in the fifth round of the 2019 draft by the Yankees. He was acquired by the Athletics last month in the trade that sent Frankie Montas to New York.

Waldichuk put up good numbers at the Triple-A level this year, posting a 3.53 ERA while striking out 91 batters in 66 1/3 innings. That followed six stellar starts with Double-A Somerset, where he had a 1.26 ERA and 46 strikeouts in 28 2/3 innings.

The Nationals prevailed 5-1 on Wednesday night to even the series. They haven’t won consecutive home games since beating the Pittsburgh Pirates on June 27 and 28.

That’s not a reflection of the team’s effort, Washington manager Dave Martinez said.

“I ask these guys to play hard, and they give me good effort every day,” he said.

Right-hander Paolo Espino (0-6, 4.35 ERA) will go to the mound for the Nationals on the first day of September. He has worked at least five innings in three of his past four outings.

Espino’s only two prior appearances against the A’s were relief outings in 2017, when he allowed one run in a total of 1 1/3 innings.

For the second game in a row, the Nationals will start a pitcher who is winless on the year. It worked out fine on Wednesday, when Anibal Sanchez logged seven strong innings to crack the 2022 win column.

It’s a juggling act for Martinez as he tries to use some of the organization’s younger pitchers to see how they handle the big leagues.

“(There are) things that we definitely are looking at moving forward,” Martinez said, “because our pitching is so young that we have to consider a lot of these different things.”

The Athletics have received a home run in each of the past two games from rookie first baseman Dermis Garcia, the first long balls of his career.

“It feels good,” Garcia said. “It’s very exciting to be here and to be able to help my team.”

The power display could earn him more opportunities as the Athletics look to evaluate him.

“I think we’re seeing a little bit more of a confident player, which is great,” Kotsay said.

The Athletics, trailing by four, brought the potential tying run to the plate in the ninth inning on Wednesday. That was an encouraging development on an otherwise rough night on offense.

“We don’t quit,” Kotsay said. “That has been kind of the character of this ballclub.”

Oakland called up right-hander Norge Ruiz from Las Vegas on Wednesday to fill a vacant roster spot. Ruiz allowed seven runs in six innings during three relief appearances for the A’s last month before he was optioned to the minors.