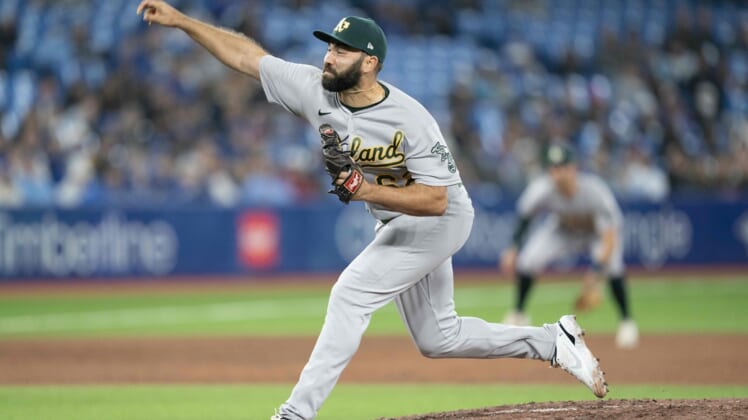 Joining Trivino on the IL are relief pitchers A.J. Puk and Kirby Snead, infielders Jed Lowrie and Chad Pinder, and catcher Austin Allen. It’s unclear if any of the players tested positive or are sitting due to contact tracing.

Allen, Snead and Puk, unvaccinated against COVID, were already on the restricted list and were not able to play in the weekend series at Toronto.

Trivino is 0-1 with a 4.91 ERA and two saves in four appearances this season.

Allen has a hit in six at-bats with a run scored.