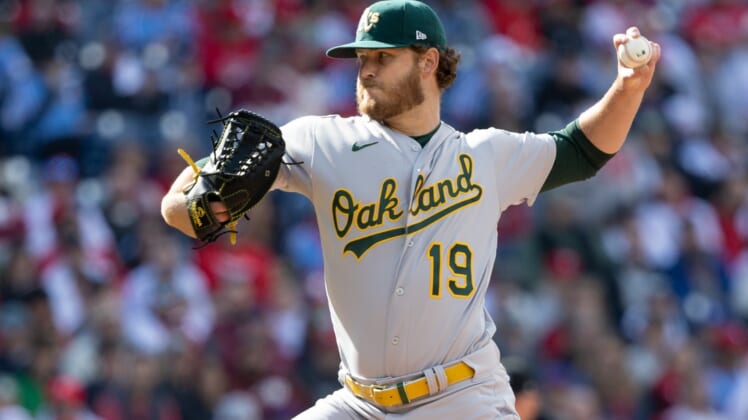 The move is retroactive to Monday, with manager Mark Kotsay telling media members Friday that the pitcher has shoulder tendinitis.

Irvin, 28, is 2-1 with a 2.93 ERA over five starts this season, his second with the A’s. The fourth-year veteran has given up just two earned runs over his past three starts combined, covering 16 innings.

To replace Irvin, the club announced it recalled left-hander Zach Logue from Triple-A Las Vegas Friday. Logue has appeared in one game with Oakland this season, throwing 1 1/3 scoreless innings against Baltimore on April 19.