As Much As We Want It To, Deflategate Will Not Tarnish Tom Brady’s Legacy

New England Patriots quarterback Tom Brady will likely be suspended by the National Football League in the coming days due to his involvement in the Deflategate scandal. Depending on the length of said suspension, the defending champs could find themselves behind the proverbial eight-ball when the 2015 season comes calling.

And Brady, who has had a sparkling reputation since entering the NFL in 2000, will definitely see his image scarred around the league.

If the NFL concludes that Brady did indeed break league rules, Brady’s unwillingness to accept responsibility will end up being the story. In the eyes of the league, what he allegedly did goes against the fundamental value of competitiveness that football wants to believe exists within its game (cough, cough). In the eyes of the public, Brady’s response will be equally as important. It’s the whole, “you made your bed, now lie in it” thing.

No media member should be 'loyal' to the Patriots or any NFL team. I am keeping score, too. Journalism. Wow. https://t.co/MOUkVMszVn

It’s likely Brady himself doesn’t think he did anything wrong. And if you have paid attention to the media in Boston, they are on the same page as the four-time Super Bowl winner.

None of that matters. In the eyes of a select few, Brady’s legacy will be tainted by a lengthy suspension—a suspension that wouldn’t be rivaled by any other in the modern history of the league.

Brady didn’t beat up his wife. He didn’t take a switch to his child. He’s not being accused of sexual assault. And the closest Brady has come to driving drunk is after having a Shirley Temple before riding the tea cups at Disneyland. No matter our opinion of the star quarterback, he’s been a model citizen off the field. In today’s NFL, that has to matter for something. 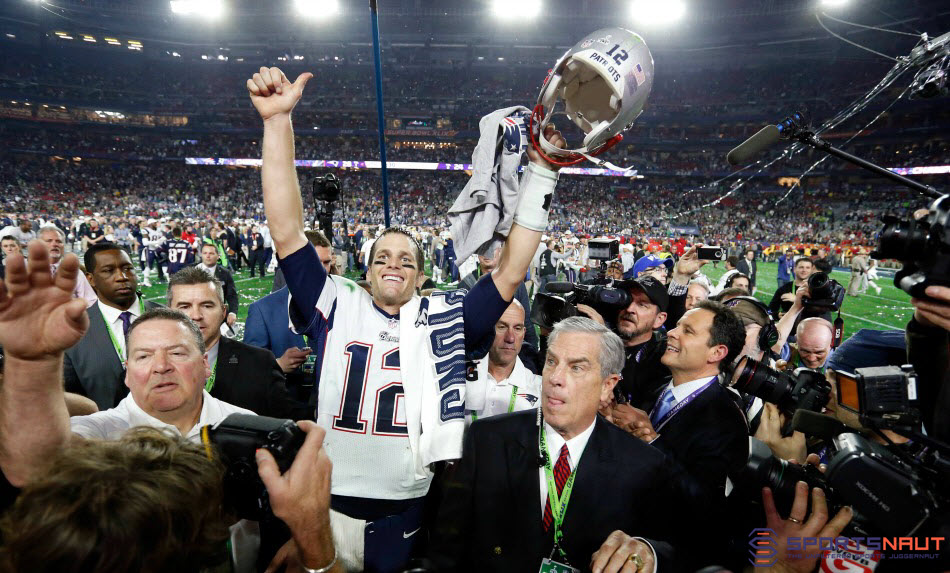 He’s also NFL’s golden boy. That skinny sixth-round pick out of Michigan back in 2000. The kid that didn’t look the part. The kid that was selected after the likes of Giovanni Carmazzi and Spergon Wynn. Then, the young man that replaced an injured Drew Bledsoe to lead the upstart Patriots to a Super Bowl title.

From a backup at Michigan to four-time Super Bowl winner, Brady represents the American dream to a T. Again, that has to count for something.

We can look at PSI levels until we are blue in the face. We can feel footballs to see which ones are under-inflated and which ones are up to league code. We can love to hate Brady all we want. Heck, we can buy into the current American philosophy of building someone up to tear him/her down. I’m looking at Alex Rodriguez, Barry Bonds and Tiger Woods here.

None of that matters.

Did Brady’s alleged involvement help the Patriots earn four Super Bowl titles and six AFC championships? Did it help him put up the greatest statistical season for a quarterback in the history of the NFL back in 2007? Unless you are one of those who love to hate Tom and his success, the answers to these questions have to be a resounding no.

In the cheat game, most observe that it’s the intent, not the result, that should be the primary focus. It’s the idea of knowing right from wrong. In this, Brady allegedly failed the game of football. And in reality, that shouldn’t go unnoticed.

If that’s the crime Brady committed, it’s something future generations of football fans and writers will likely forget about. There is not going to be an asterisk embedded within Brady’s stats and accomplishments. His historical performances will not be removed from the Hall of Fame in Canton. He isn’t going to be shunned by Hall of Fame voters. And those four Super Bowl titles will still be in the history books.

In this social media age, we love blowing scandals out of proportion. Skeptics, who are not qualified to chime in, give their opinions. And coming off a tremendous amount of PR issues, the NFL will probably overreact in its punishment.

In reality, false outrage is the name of the game today.

But that’s all it is.

Any talk of Brady’s legacy being tremendously impacted by Deflategate is sensationalism at its best. His legacy will ride its way to a bust in Canton with four Super Bowls and unparalleled success in hand.

No amount of  finger pointing from fans and media will change this. We will just move on to the next scandal with false outrage prepared to seep through our pores.