A’s Mark Kotsay favored to be next manager fired 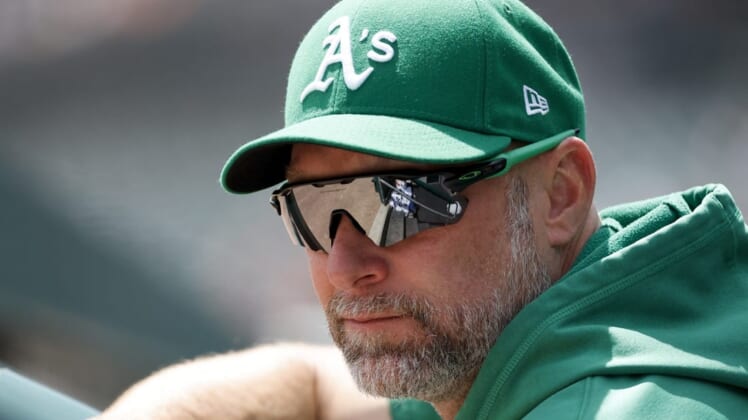 The Oakland Athletics’ Mark Kotsay is the favorite to be the next manager fired after the Toronto Blue Jays parted ways with Charlie Montoyo on Wednesday.

SportsBetting.ag is offering odds on the third manager to be let go during this season — the Los Angeles Angels fired Joe Maddon last month — and Oakland’s first-year manager leads the way at +350. The rebuilding A’s entered Thursday tied with Washington for the worst record in Major League Baseball at 30-60.

However, it’s a tightly-packed group with nine managers holding better than 10-1 odds to be the next one out the door.

The Chicago Cubs’ David Ross is being offered at +450. The Cubs entered Thursday at 34-54, just a game ahead of Cincinnati for the worst record in the National League Central.

The Nationals’ Dave Martinez is next at +500 followed by Colorado’s Bud Black and Kansas City’s Mike Matheny at +550.

“Terrible question, horrible question,” Rizzo told 106.7 The Fan last month, per Audacy’s Logan Mullen. “That is such a radio station/media question — no, we will not do that.