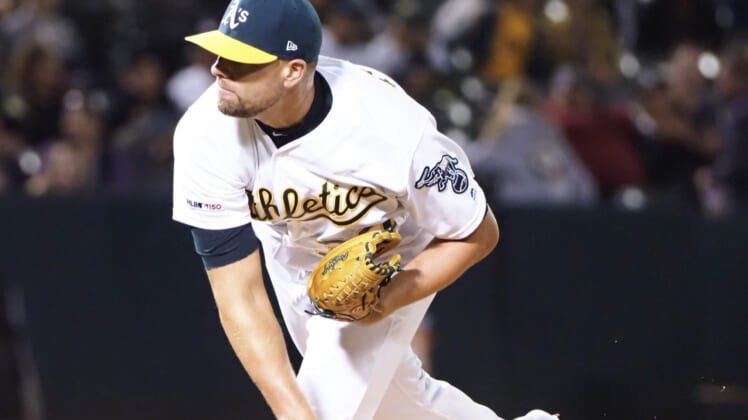 The Oakland Athletics are going to be short handed in the bullpen should they inch their way into the playoffs.

A’s manager Bob Melvin announced ahead of Tuesday’s game against the Los Angeles Angels that All-Star closer Blake Treinen (back) and Lou Trivino (cracked rib) will miss the remainder of the season. That includes the playoffs.

It’s an interesting situation. Oakland would not have earned a playoff spot last season without these two.

Oakland is in a good spot to overcome these injuries. Top prospects A.J. Puk and Jesus Luzardo have pitched exceedingly well since coming up from the minors.

Meanwhile, Liam Hendriks earned an All-Star appearance in a closing role this season.

Oakland is currently 1.5 games ahead of the Tampa Bay Rays for the top wild card spot and two games in front of the Cleveland Indians for the final wild card position.