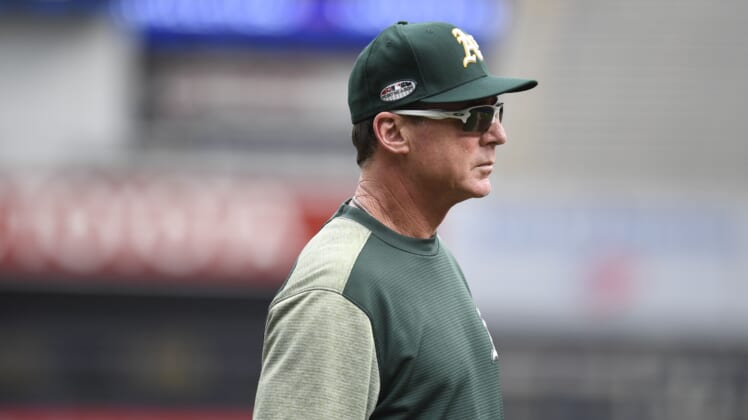 Coming off a surprising 97-win season and playoff appearance, the Oakland Athletics are keeping their key decision-makers and longtime manager for the long haul.

The team announced on Monday that it has signed manager Bob Melvin, general manager David Forst and president Billy Beane to contract extensions.

“I’m proud of the tremendous success of our team under the leadership of Billy, David and Bob and am excited to have that continue for years to come,” A’s owner John Fisher said Monday, via the team’s official website.

This shouldn’t be considered too much of a surprise. Prior to being bounced from the playoffs by the Yankees in the AL Wildcard Game, reports surfaced that the A’s were looking to lock Melvin up. They’ve now done that.

Oakland’s manager since midway through the 2011 season, Melvin has led the small-market team to four playoff appearances and three seasons with 90-plus wins. Oakland’s 97 victories in 2018 was its most since all the way back in 2002.

As it relates to Beane, he remains the most-respected front office mind in baseball and has changed the landscape of MLB during his stint in Oakland. He’s a lifer with the A’s. It’s in this that Monday’s extension isn’t shocking, at all.