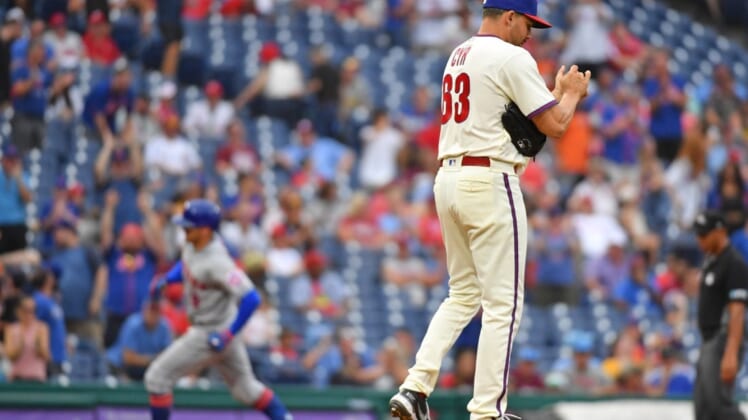 The Oakland Athletics claimed right-hander Tyler Cyr off waivers from the Philadelphia Phillies on Wednesday.

He allowed a run on two hits in one inning in his major league debut against the New York Mets on Sunday.