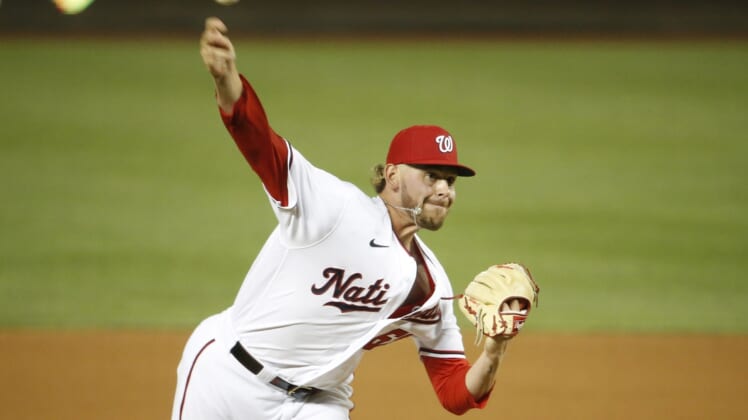 The Oakland Athletics claimed right-hander Gabe Klobosits off waivers from the Washington Nationals to bolster a bullpen that had a 4.66 ERA through the first three games of the season.

In a corresponding move, the A’s designated outfielder Luis Barrera for assignment. He had been optioned to Triple-A Las Vegas during spring training.

Klobosits, 26, made his major league debut in 2021, going 0-1 for the Nationals in 11 relief appearances with a 6.35 ERA. He does not have a start in 91 minor and major league appearances.

Barrera, 25, also made his major league debut in 2021. He had two hits in eight at-bats over six games with the A’s last season.