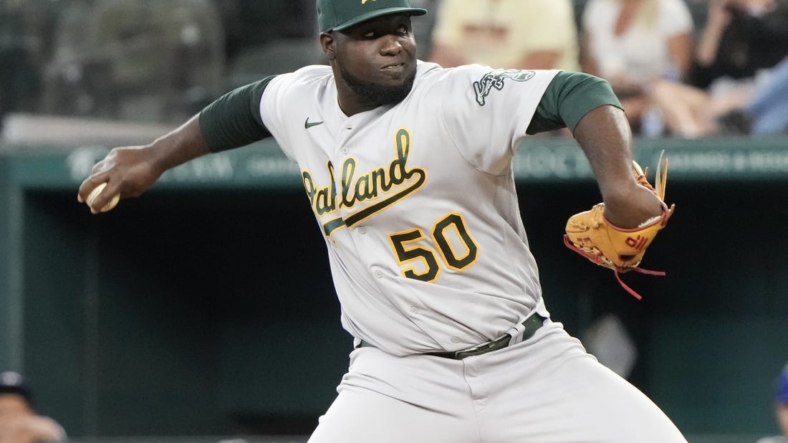 The Oakland Athletics selected the contract of right-hander Collin Wiles from Triple-A Las Vegas on Sunday.

The A’s designated right-hander Domingo Tapia for assignment to make room for Wiles on the 28-man roster.

Wiles, 28, was a first-round pick of the Texas Rangers in 2012 and has not yet made his major league debut.

Tapia, 31, has no decisions and an 8.47 ERA in 11 relief appearances this season with Oakland.