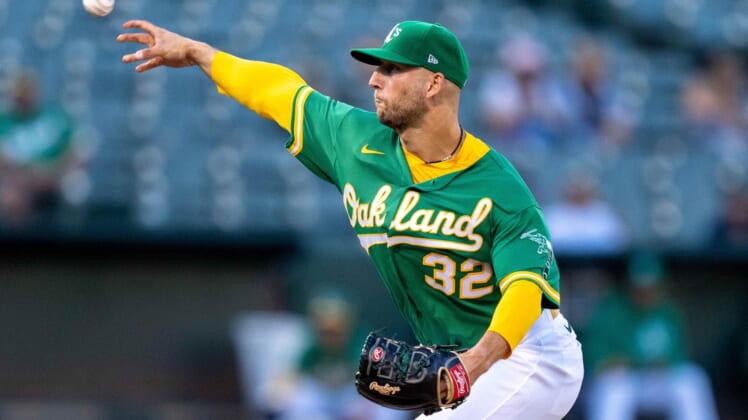 The Oakland Athletics made it official Sunday, activating right-hander James Kaprielian in advance of his season debut against the Cleveland Guardians.

Kaprielian was impressive as a rookie last season, going 8-5 with a 4.07 ERA in 24 games (21 starts). He is making his first appearance against the Guardians.

Oakland has been exercising patience with Kaprielian, 28, who started the season on the injured list with AC joint irritation in his right shoulder before making three minor-league rehab starts.

He most recently pitched for Triple-A Las Vegas on Tuesday, allowing five runs over four innings and throwing 84 pitches.