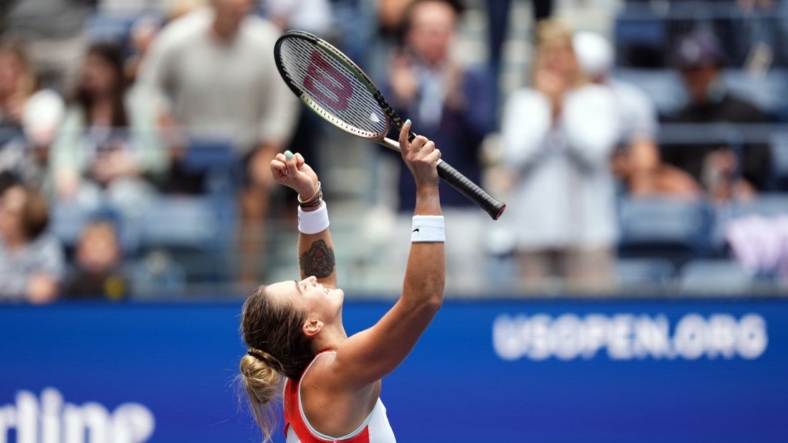 Sixth-seeded Aryna Sabalenka of Belarus easily advanced to the semifinals of the U.S. Open with a 6-1, 7-6 (4) win over No. 22 Karolina Pliskova on Wednesday in New York.

Sabalenka needed just one hour and 22 minutes to advance to her second consecutive semifinals appearance at the U.S. Open.

“I just tried to make her work for it,” Sabalenka told the crowd. “She played really well — somehow I was able to handle this level and win this match.”

The win was Sabalenka’s third over the Czech Pliskova in five career meetings.

Sabalenka never faced a break point and laced seven aces in the match — six in the second set. Sabalenka won 63 percent of her second serves.

Sabalenka awaits the winner of Wednesday’s other quarterfinals match between American No. 8 Jessica Pegula and top seed Iga Swiatek of Poland.