Arrest made in burglary of Rob Gronkowski’s home 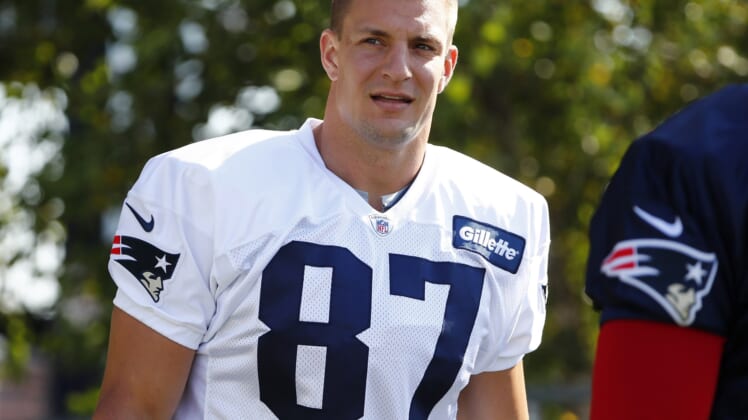 This Friday is just bursting with off-field NFL news. The latest being the arrest of one of the suspects that reportedly broke into New England Patriots tight end Rob Gronkowski’s house while he was on his Super Bowl trip.

According to a report by Mike Pescaro of NBC Boston, authorities arrested 31-year-old Anthony Almeida of Randolph, Massachusetts for burglary. Gronkowski reported the burglary to 911 after he arrived home from Minnesota to find his house robbed and vandalized.

According to the report, Almeida “faces charges of breaking and entering in the nighttime, malicious destruction of property and two counts of receiving stolen property.”

Almeida is one of three suspects, per the report. The police are still looking for the other two who face charges including larceny of a firearm, malicious destruction and trespassing.

According to NBC Boston, a dispatcher said that “multiple safes and possible guns” were stolen. Hopefully, justice will prevail and the two other alleged perpetrators will be arrested.

As for Gronk, he is currently contemplating his future — which consists of possibly retiring to pursue an acting career.