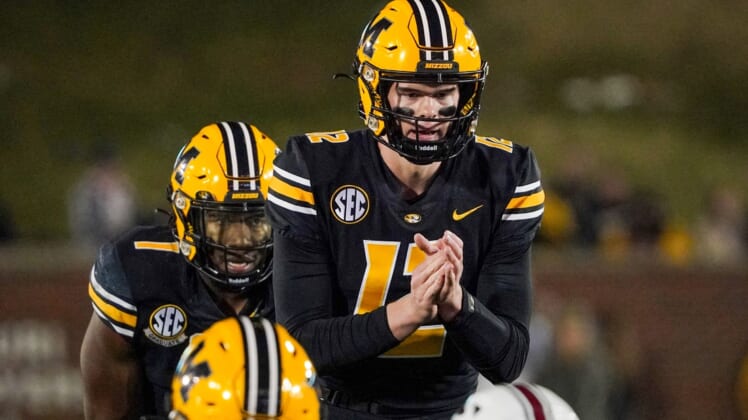 The Army Black Knights regard their annual showdown with Navy as their marquee game.

After Army (8-4) fell to the Midshipmen 17-13 on Dec. 11, the team had to regroup before preparing to face Missouri (6-6) in the Armed Services Bowl on Wednesday in Fort Worth, Texas.

“I mean, if they came in and they were laughing and joking and it didn’t bother them, I’d be worried. But it bothers our guys. It bothers me. I’m mad and dejected. You’re gonna feel that way. It’s our biggest game of the year, our biggest rivalry. We want to beat them more than we want to beat anybody.”

Monken added, “I’m glad we don’t have to finish the season on that disappointing loss. We get a chance to play again. There will be motivation to try to win the last one, try to beat Missouri in the bowl game.”

Army enters the game as a 6.5-point favorite at DraftKings, where the Black Knights have been backed by 65 percent of the bets and 83 percent of the money.

The matchup will send one of the nation’s top rushing attacks against one of the country’s worst run defenses.

Army averages 286.4 yards rushing per game, second in the nation, with its triple-option attack. Missouri ranks 125th out of 130 FBS teams in run defense, allowing 228.8 yards per game.

“They’ve got two dynamic quarterbacks,” Missouri coach Eli Drinkwitz said. “Both of them present different strengths. We’re going to have to prepare for the option, but they do spread out and run some conventional offense, too, which creates a whole other set of issues.”

Army struggled against the Midshipmen on the ground, gaining just 124 yards on 33 carries.

“They beat blocks, they just destroyed blocks,” Monken said. “They just did a much better job defending us than we did attacking them on offense. We tried different things and none of them worked. We just got outplayed.”

And Missouri is throwing a new quarterback on the field, too.

Brady Cook will make his first career start, replacing Connor Bazelak, who threw for 2,548 yards with 16 touchdowns and 11 interceptions on the season. After a rough outing against Arkansas to end the regular season, Drinkwitz decided to reconsider his quarterback options.

“Brady Cook has had really an outstanding past two weeks whether it was the Saturdays and Sundays that we practiced during the recruiting weekend or the way he’s put himself out there to lead,” Drinkwitz said. “And everybody competed for it, but I think for our football team right now it’s his opportunity to play, and we’ll be ready if something else presents itself, but going into the game, Brady will be our starting quarterback.”

As for Badie, Drinkwitz said he and running backs coach Curtis Luper made the decision not to play the star in consideration of his future.