Arkansas steamrolls No. 2 Stanford in CWS 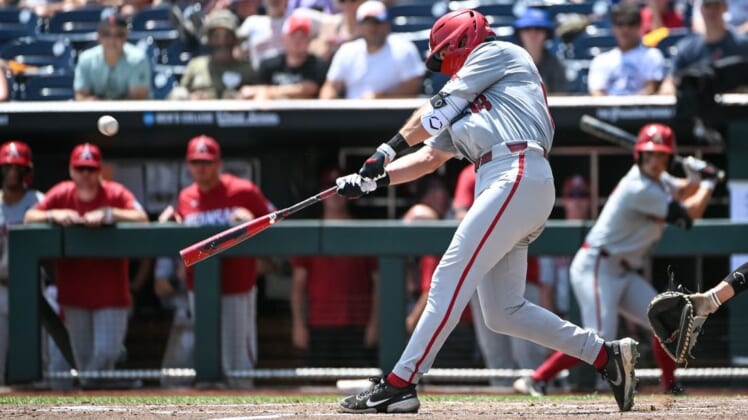 Chris Lanzilli hit a three-run homer and Cayden Wallace smacked a two-run shot and drove in three overall for the Razorbacks (44-19). Michael Turner had four hits for Arkansas, which racked up 21 overall.

The Razorbacks will face either Auburn or Ole Miss on Monday night. Those teams were playing later Saturday. Stanford plays the loser on Monday in an elimination game.

The score was tied at after four innings before Arkansas began piling on with a five-run fifth inning.