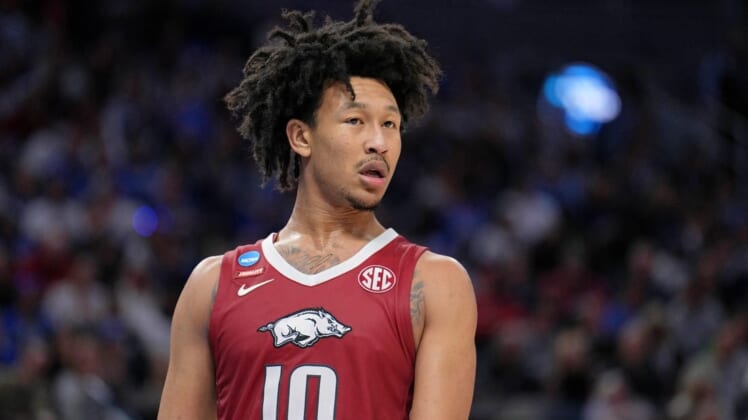 Arkansas forward Jaylin Williams said Saturday he will forgo his remaining college eligibility and remain in the 2022 NBA Draft.

He announced his decision in a social media post thanking his family and Razorbacks coaches, teammates and fans.

Williams attended the 2022 NBA Draft Combine in Chicago earlier this month. The draft is on June 23 in Brooklyn.

The 6-foot-10, 240-pound Williams helped Arkansas reach the Elite Eight of the NCAA Tournament in both of his seasons. The Razorbacks lost to Duke in the West Regional title game this season.