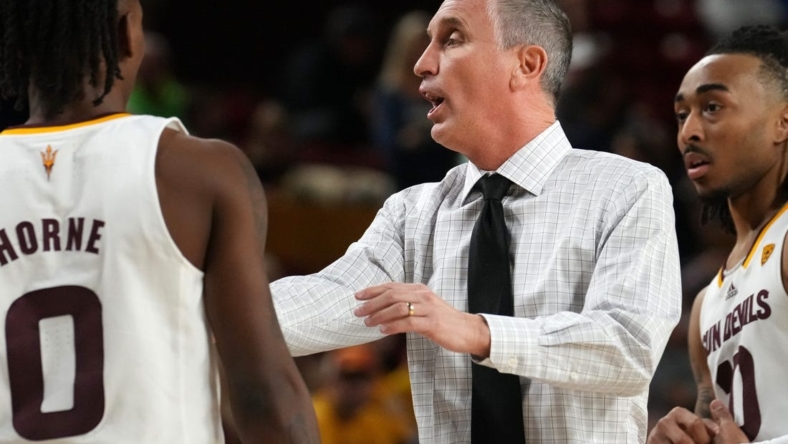 Arizona State coach Bobby Hurley will return close to his New Jersey home when the Sun Devils play VCU in the Legends Classic at the Barclays Center on Wednesday night in New York.

The Sun Devils (2-1) last played in the Legends Classic in 2015, Hurley’s first season at Arizona State, and they beat NC State and lost to Marquette.

“I take it personal what my team looks like and how we play,” Hurley said, “and being home even makes that more because I want my team to look good out here.”

Arizona State is coming off a 67-66 overtime loss at Texas Southern on Sunday.

Arizona State’s rebounding deficiency was the difference against Texas Southern, which won on Zytarious Mortle’s tip-in with four seconds left. Texas Southern had a 50-41 rebounding edge, including 16-10 on the offensive end.

Frankie Collins had a career-high 23 points for the Sun Devils, while Warren Washington, a Nevada transfer, contributed 10 points and a career-best 14 rebounds.

VCU (2-0) defeated visiting Morgan State 69-54 on Saturday behind 15 points on 6-of-10 shooting by Brandon Johns Jr., a transfer from Michigan and a former teammate of Johns’ there.

“We had some boneheaded plays, just time and score, jumping up in the air, going in for some layups where they’re just ready to block our shot or take a tough one,” VCU coach Mike Rhoades said. “When we can control the tempo, we got a shot at the rim every time.”

Johns and Collins were reserves with the Wolverines last season.

Johns played in all 31 games, starting in nine, and averaged 13.3 minutes a game. He averaged 3.2 points and 2.0 rebounds per game.

Collins also played in all of the games and started once. He averaged 11 minutes a game while producing 2.8 points and 1.4 assists per game.

“Frankie Collins had some nice moments out there, checking the boxes in a lot of categories,” Hurley said of his guard’s performance against Texas Southern, which also featured eight rebounds and three assists.