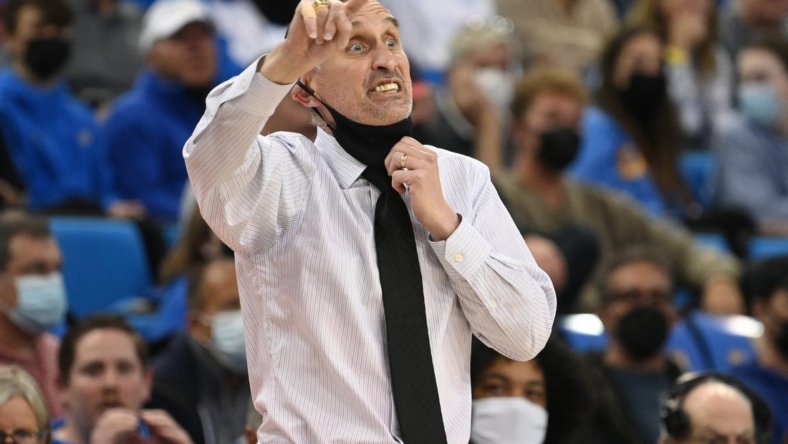 Michigan transfer Frankie Collins produced a career-high 21 points, including a 3-pointer in a late rally, as Arizona State earned a season-opening, 62-59 win over Tarleton State on Monday in Tempe, Ariz.

The Sun Devils outscored Tarleton State 12-2 in the last 3:06 of the game.

Arizona State responded with seven unanswered points, with two baskets by DJ Horne sandwiching a 3-pointer by Collins, tie the game at 57 with 1:46 remaining.

The Sun Devils could have taken the lead on their next possession but turned the ball — their 21st giveaway of the game.

Jakorie Smith made one of two free throws to give Tarleton State a 58-57 lead with 42 seconds left.

After Collins missed a 3-point try, Shakur Daniel grabbed the rebound for Tarleton State, but Horne stole the ball. He passed to Marcus Bagley, who followed his miss with a basket while he was fouled.

Bagley completed the three-point play with 18 seconds left to give Arizona State a 60-58 lead.

Collins then made a steal that led to Devan Cambridge dunk on a fastbreak with seven seconds remaining to secure the win.

Bagley, returning from a knee injury that sidelined him for most of last season, finished with 13 points.

Tarleton State was led by Smith’s 16 points and Daniel’s 10 points.

Arizona State had a 54-39 rebounding edge behind Cambridge’s 10 rebounds.

Collins made 8 of 24 shots from the field, including 4 of 11 from 3-point range. His 1-of-4 shooting from the free-throw line was indicative of Arizona State’s struggles in that category, as the Sun Devils made 14 of 29 (48.3 percent).

Arizona State scored the last seven points of the first half, capped by two 3-pointers by Bagley, to take a 32-29 halftime lead.