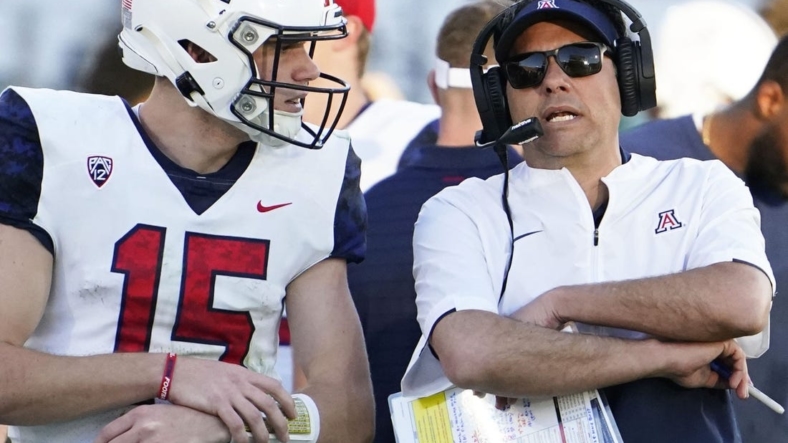 Arizona wraps up a challenging nonconference schedule when it hosts North Dakota State, the top-rated team in the Football Championship Subdivision, on Saturday night in Tucson, Ariz.

The Wildcats (1-1) opened with a victory at San Diego State before falling to visiting Mississippi State 39-17 on Saturday. Quarterback Jayden de Laura, who was selected Pac-12 Offensive Player of the Week after the opener, was inconsistent in Week 2 as the offense struggled.

“Jayden extended plays and probably could have run or thrown it away, and then we wouldn’t be having much of a conversation about the turnovers,” Fisch said. “Just throw it away and live another down.”

Nothing will be easy against the Bison (2-0), although they will be without pro prospect defensive tackle Eli Mostaert, who suffered a broken fibula in Saturday’s 43-3 win over North Carolina A&T.

“Injuries are the part of the game that you hate,” said NDSU coach Matt Entz. “They make you sick, especially since he was giving great effort.”

North Dakota State has won nine of the past 11 FCS championships, including in 2019 and 2021 under Entz. This matchup will be the Bisons’ first-ever game against a Pac-12 school and will mark the first time in exactly six years that they played an FBS foe (Iowa). They have won six consecutive games against FBS competition and are 9-3 all-time against teams from college football’s top level.

Quarterback Cam Miller, who led the 2021 championship drive, is back in a power offense that features standout fullback Hunter Luepke (three touchdowns in last year’s title game), a deep stable of tailbacks and tight end Noah Gindorff. NDSU is rushing for 211.5 yards per game after averaging 280.6 last season.